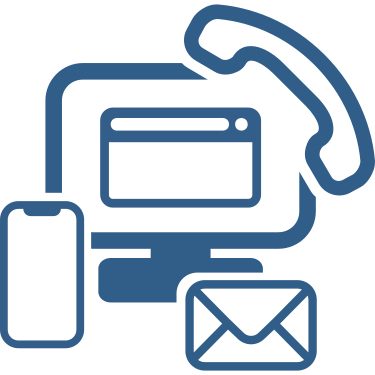 Public Employment Services (PES) operate in an ever-changing environment. Their clients’ needs are evolving and so does the technological landscape in which they deliver their services. Whereas PES used to deliver services via only a few channels, just 2 decades ago, now they have a wide variety of media at their disposal. Managing this becomes increasingly complicated and PES increasingly adopt advanced ‘channel strategies’ to manage how they delivery their services.

In this project we explore the different channel strategies and, based on input from 22 PES across Europe, provide guidance for PES on how they can adopt more advanced channel strategies. We specifically focus on omni-channel management. This refers to a holistic view of channels, where channels are seen as an entity that need to be managed and organised as one unit. The discrete difference between channels disappears and the interaction takes place via touch-points. These touch-points are moments of customer interaction with a non-predefined setof communication cues.

Improving service delivery has been high on the agenda of Public Employment Services (PES) for the past decades. There are very good reasons for this level of attention. Technological and societal developments put constant pressures on PES to keep
changing and innovating. This especially applies to the service channels that mediate the interactions between PES and their customers. The number of channels has increased, customers have developed complicated channel behaviours, and channels are
penetrating organisations more deeply. On top of that, channels are blending and interacting with each other, requiring more and more coordination  between organisational units. As such, a well-functioning multi-channel strategy is a vital instrument
in realising effective, efficient service delivery with the appropriate levels of customer satisfaction.

In the project, we compare and review PES multi-channel strategies across the EU. We embed their practices in technological and societal developments and contrast their plans with practices from other public and private organisations, as well as
academic studies in the field. As such, this paper is part comparative review, part analytical paper.

The basis for the comparison is a qualitative survey sent out to the PES in the EU-28 (+NO & IS), to which 23 PES responded (compared to 14 in 2014 and 12 in 2011). However, not every PES completed the entire survey. The survey included questions about current strategies, developments since 2014, plans for the future, and obstacles encountered along the way.

We provided a number of services in the project:

Report: From Blending to Omni-Channeling